At the core of our know-how are the following skills

Providing INDIVIDUAL LEADERS with new experiences of genuinely living up to the whole breadth of their potential in: leadership skills;  individualized qualities with which to uniquely contribute to one’s organization;  personal dynamics (or personal energy). And managing that in ways that enhance  (1) capable work relationships in all major directions, and that enable (2) excellent, bottom line results.

At the same time we have deeply rooted know-how in bringing LEADERSHIP CIRCLES and MANAGEMENT TEAMS to yet unseen levels of well-synchronized dynamics – within and toward the entire organization. We manage substantial improvements in both areas due to a rare toolset for (examples):

It’s the combination of these skills that ensures we are able to bring great benefit to individual leaders as well as to crucial teams – and often so at the same time. Our ability to improve the very dynamics of leadership has made us a trusted partner of leading, international organizations.

According to their own statements CLIENTS APPRECIATE especially: 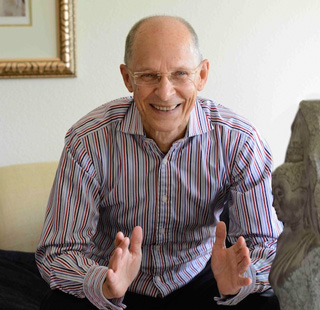 As a global pioneer of team coaching in management, and as a one of the earliest executive coaches in Europe, Tom Lauda initially merged his earlier experiences in competitive sports and his training in law with his ability to get diverse types of individuals and groups to engage in constructive, forward moving interaction.

Tom’s early experiences included amateur ski racing in his native Austria and serving in its mountain infantry (reserve officer). After beginning a career in motor racing he soon moved to England, the Mecca of racing. There he also taught aspiring drivers at the world’s top motor racing school how to break through to new levels of skill and speed. Completing his parallel studies in law at the Universities of Vienna and Salzburg, Tom received a doctorate in 1981. He then worked for a global leader in financial services, and for a European-Saudi-Arabian joint venture and dedicated himself to applied work psychology in the U.S. In the early 90’s Tom merged all his insights into pathways for bringing both the work dynamics in management teams and in individual leaders to new levels.

Tom’s genuine passion and deep commitment today is  in:
(1) helping highly talented executives and managers to attain their next dimension of Leadership Capabilities that either life has proven are truly needed. Or that they’ve come to understand they will need in the future of their career. And see them way more fulfilling their professional-human potential with positive effects on their personal well-being and perspectives.
(2) introducing a new level of Productive, Intelligent (Co-)Dynamics into leadership teams that they’d never like to miss anymore. Nor would their important, immediate environment or entire organization that is positively affected by it.

His clients include global organizations such as Allianz, Bertelsmann, British Telecom, Ecolab, Hewlett-Packard, JLL, McKinsey & Company, SCA, Siemens, Swarovski, and Zurich Insurance Group. As well as a number of globally successful mid-sized organizations. As a dynamic speaker Tom Lauda presented e.g. at the United Nations in New York, at the World Business Dialog and the International Management Symposium in St. Gallen.

Tom has had the good fortune to study (starting at age 26) with some of the world’s most advanced and known mindfulness Teachers. And to practice, teach and intensify his studies continuously – to this day.

Tom has taught at numerous business schools, in the U.S., Europe and SE Asia and has been an invited speaker at the United Nations, the St. Gallen Symposium and the World Business Dialogue. He presently lives in Zurich, Switzerland.