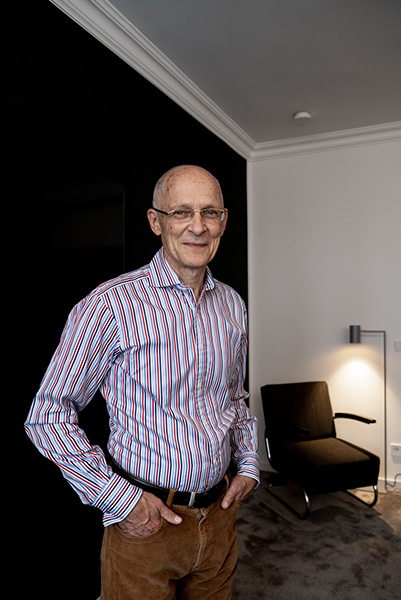 Tom Lauda is a global pioneer of team coaching in management and has been one of the earliest executive coaches in Europe. Following amateur ski racing and serving as a reserve officer in his native Austria’s mountain infantry (defending the Alps against a potential Sowjet invasion) – Tom started a career in professional motor racing and soon moved to England, the Mecca of racing. There he also taught aspiring drivers at the world’s top motor racing school how to break through to new levels of speed etc. Completing his parallel studies in law at the Universities of Vienna and Salzburg, Tom received a doctorate in 1981. He then worked for a global leader in financial services, and for a European-Saudi-Arabian joint venture. After a spell of studying applied work psychology in the U.S., Tom merged all insights derived from his diverse fields of experience into pathways for (A) bringing managers to individualized, new skill levels in leadership. And for (B) improving the interaction dynamics inside management teams.

Tom has taught at numerous business schools in the U.S., Europe and SE Asia and has been a much appreciated, dynamic speaker at e.g. the United Nations in New York, the World Business Dialog and the International Management Symposium in St. Gallen/Switzerland.

Since age 25 Tom has continuously studied with some of the world’s most well-known mindfulness teachers. The resulting diversity of methods enable the creation of clarity and calm in a busy leader’s mind. Tom currently lives in Switzerland.